Protect Yourself with these STOP. THINK. CONNECT. Tips:

The older “Clean Printer” will still have clean paper in it, and it will sit on the back counter where the “Recycle Printer” used to be. If you’d like to print on this printer, you will need to select it from the list of available printers: its name is now “EWH-70576.”

The BEST PART: Both printers will now charge only 3 cents per page! 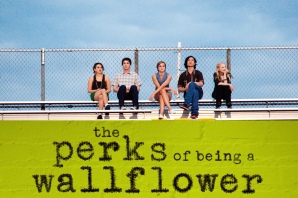 Have you read The Perks of Being a Wallflower by Stephen Chbosky or Big Fish by Daniel Wallace?

Come join book club after school Wednesday, 1/16, in the large library conference room at 2:00 p.m. to talk about these books! Bring your friends and bring yourself!

There will be food!

How to Find Book Lists

If you’re looking for a book that fits into a category or genre, such as “Teen Fantasy,” “Graphic Novels,” or “Deaf Culture”, you can find lists of this type through Destiny, our catalog.

Once in Destiny, click the “Resource Lists” link in the left sidebar.

Then, look to the right side of the screen where there are 2 tabs/buttons.

Scroll through the lists available, clicking on the ones that are of interest to you.

Looking for a list about a topic/genre that you don’t find here? Tell Ms. Wolter, and she’ll work on adding one. Also, let Ms. Wolter know if you have a recommendation of a book to add to any of the lists!

The 2012 Teens’ Top Ten Winners have officially been announced!

Check out the bulletin board with descriptions of the winners when you’re entering the library. Find the books on the Teens’ Top 10 display.

Here are the winners (Descriptions taken from YALSA):

1). Roth, Veronica. Divergent. Abnegation (selfless), Erudite (intelligence), Candor (honesty), Amity (peace), or Dauntless (brave): where would you fit? Beatrice lives in a society where she must choose either to remain with her family’s faction or set off towards independence and her beliefs. And what happens when the unity between these factions begins to fall apart?

2). Green, John. The Fault in Our Stars. Hazel and Augustus meet and forge a relationship at a support group for kids battling cancer. As Hazel and Augustus struggle with the “side-effects of dying,” they come to learn the strength of wishes, the complexities of long human lives, and the wondrous ways of the universe.

3). Lu, Marie. Legend. June, a fifteen-year-old military prodigy, is hunting Day, the outlaw she believes is responsible for her brother’s death. What will happen when the two meet and discover the government is corrupt?

4). Riggs, Ransom. Miss Peregrine’s Home for Peculiar Children. When Jacob was little, his grandfather would tell him stories of the fantastical children’s home where he grew up and the seemingly magical kids who lived there with him. When his grandfather is killed, Jacob sets out to find the home where these children lived, unearthing a magical secret and uncovering his true heritage.

5). Dessen, Sarah. What Happened to Goodbye. Ever since Mclean’s parents divorced, she has lived in four towns in two years – each time taking on a new persona. Mclean expects to leave Lakeview in six months, but soon finds that she doesn’t want to – she just wants to be herself.

6). Revis, Beth. Across the Universe. Cryogenically frozen centuries ago, Amy and her parents are on their way to a new planet aboard the spaceship, Godspeed. Unplugged from her cryo chamber, Amy discovers she has been awoken 50 years early, in a failed murder attempt. With Elder, the future leader of the ship, by her side they are on an adventure filled with murder, lies, dreams, and stars.

7). Meyer, Marissa. Cinder. A futuristic retelling of the classic Cinderella, Cinder, a cyborg and talented mechanic, lives with her cruel stepmother and two stepsisters in the plague-ridden New Beijing. Soon after meeting Prince Kai, Cinder must find the truths of her past, which may help to save the future.

8). Stiefvater, Maggie. The Scorpio Races. Every November, the beaches of Thisby come alive with the Scorpio Races. The water horses are vicious, the terrain is treacherous, and death is likely, but the reward can be beyond anything you could imagine. Puck Connolly is racing for her family, Sean Kendrick for his passion—but only one can win The Scorpio Races.

9). Forman, Gayle. Where She Went. This sequel to Gayle Forman’s If I Stay is narrated by Adam, Mia’s ex-boyfriend. Shortly after the devastating accident that killed Mia’s family, the talented cellist moves to New York, where an accidental meeting brings them back together.

10). Cabot, Meg. Abandon. Pierce has experienced death before and barely escaped. When she moves from her old town to a town called Isla Huesos – Island of Bones – for a new start, she realizes that death wants her back. Can she escape death once again?

Did you know you can put a book on hold?

If a book you want to read is not in the library, you can put a hold on it yourself by logging into Destiny (directions below) or ask one of the library staff to place the book on hold for you.

Using your usual computer username and password, you can log in to Destiny, our library’s catalog, from any computer.

Once you are logged in, you can search for books and:

What happens if you put a book on hold?

Posted in Did You Know?, Library